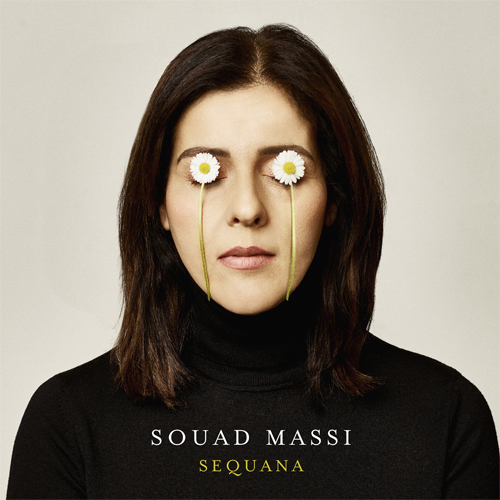 Sequana is the tenth album from the Franco-Algerian singer-songwriter Souad Massi. If her music was previously coloured with folk and chaabi, the sound palette broadens here as far as the Sahel, the Caribbean and Brazil, and on some tracks ventures into rock. Souad Massi has completely renewed her musical team, opening a new chapter in a career that began in the 1990’s and was marked by her departure from Algeria for France. With Justin Adams (Rachid Taha, Tinariwen, Robert Plant…) on production, accompanied on some tracks by the likes of Piers Faccini and Naïssam Jalal, Souad Massi continues on her path as a committed, liberated woman. She is a woman of her time, who sings like never before about the causes close to her heart.

Concert in Paris on february 3rd 2023 at salle pleyel

TICKETS
We use cookies on our website to give you the most relevant experience by remembering your preferences and repeat visits. By clicking “Accept All”, you consent to the use of ALL the cookies. However, you may visit "Cookie Settings" to provide a controlled consent.
Cookie SettingsAccept All
Manage consent

This website uses cookies to improve your experience while you navigate through the website. Out of these, the cookies that are categorized as necessary are stored on your browser as they are essential for the working of basic functionalities of the website. We also use third-party cookies that help us analyze and understand how you use this website. These cookies will be stored in your browser only with your consent. You also have the option to opt-out of these cookies. But opting out of some of these cookies may affect your browsing experience.
SAVE & ACCEPT
{{list.tracks[currentTrack].track_title}}
{{list.tracks[currentTrack].album_title}}
{{classes.skipBackward}}
{{classes.skipForward}}
{{this.mediaPlayer.getPlaybackRate()}}X
{{ currentTime }}
{{ totalTime }}